One that goes back and forth, editing. By the time I get to the end of the page, every word has been evaluated, deleted, put back or replaced. If you could see an audit trail of the page, you would probably think I have a multiple personality disorder. My inner editor is a good friend, but also my worst enemy.

Her name is Pie.

(It always seems a good idea to eat pie, and most of the times it is. But if you eat pie every day, the mirror probably isn’t going to tell good things, and I’m not even talking about what your health is thinking).

Like eating pie, it always seems a good idea to listen to my inner editor. But in a lot of cases she is the one slowing me down, and gets me wondering why I’m bothering in the first place.

That said. I’m doing NaNoWriMo. Pie is taking an obligatory holiday. She’s going to need to be well rested for the mess of words I intend to produce this November.

Also doing NaNoWriMo? You can find me/ buddy me here: http://nanowrimo.org/participants/ireneh

I always had the idea I was going to be a writer. I still picture myself sitting at a wooden table, with a window overseeing a secret garden, cat near the laptop, dog at my feet, words coming from everywhere.

This, however, is not reality (not mine anyway).

I have a day job and a ton of other obligations (a relationship, a house, kids, friends and so on) and I used to believe this was the reason I wasn’t writing. But waiting for the perfect circumstances is giving yourself an excuse for not doing what you want to do. And this was exactly what I was doing: making excuses.

The real reason I wasn’t writing is fear. I’m afraid that if I try, I fail.

This is kind of stupid. Because if I don’t try, I’ve failed already. Fear shows me what I’m most passionate about. I don’t fear my day job, because I don’t care about it enough. Fear is showing me exactly which path I’m supposed to take. Not the obvious one with zero obstacles, but the one with the looming shadows and whispers in the dark.

I know which one will make a better story.

The conclusion is that if I want to be a writer I’ll have to:

Point A speaks for itself but the second might need some explanation. I don’t like my job, I won’t go as far as to say I hate it, but still. The point is that I need to stop wasting time and energy worrying about it and I’ll have to put it in a more positive light.

So I listed the perks of having a day job. Here goes:

The best thing about my day job?

It reminds me of what I should be doing instead.

The night sky has always fascinated me.

Did you know that when you’re looking at the stars, you’re actually gazing into the past? Light takes time to travel and those glittering bulbs are many many light years away , so you could be gazing upon a star that doesn’t even exist anymore.

Last weekend my boyfriend and I went to Lattrop (a small Dutch town near Germany) and spent the weekend in a star cube. Our 9m2 villa looked like this:

It was such good fun! We made morning fires and had our own telescope. Using this was harder than I’d thought, but fun nevertheless.

Stars never ceases to amaze me.

I love England. So this September my boyfriend and I went on a roadtrip to the Cotswolds and Cornwall.

In case you’re really curious: this was our route:

It was the first time I used AirBnB to find accomodation. And we were NOT disappointed.

But enough with  the words, I’ll let the pictures speak for themselves. 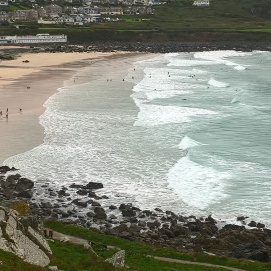 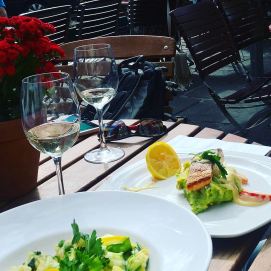 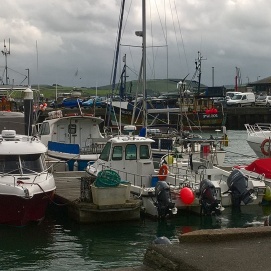 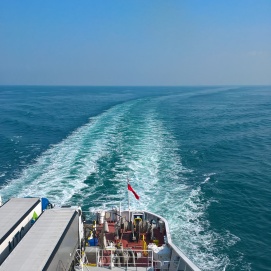 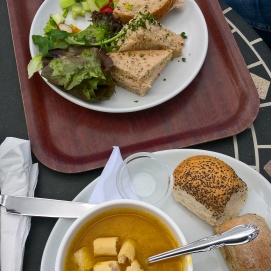 We went to Ramsbury, Tedbury,  Bibury, Bourton-on- the-water, Stow-on-the-Wold, Oxford, Bath, Clevedon (there was a long queue and my boyfriend couldn’t take it anymore so we drove to Clevedon. It was an unscheduled stop, but I got cake, so I was happy. And the town had a lovely seaside).

In Cornwall we visited Padstow, Land’s End, and St. Ives. Such prettiness.